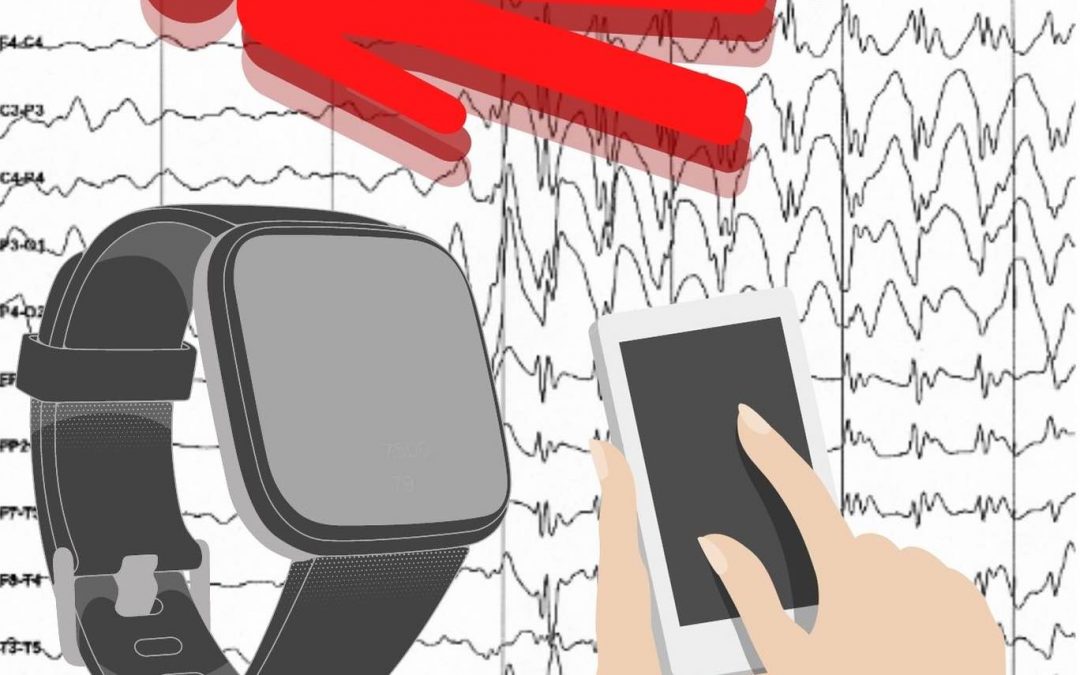 We recently worked with a locally based client who has had multiple falls as a result of seizures.  The falls alarm she had did not always pick them up.  It was subsequently discovered that a falls alarm is triggered as a result of a drop from a distance from the ground causing an acceleration and change in bodily position.  Therefore, movement caused by a seizure may not reach the required parameters to trigger the alarm.  This led to the consideration of a seizure monitoring system.  On further enquiry with Epilepsy Australia, a couple of options were identified – the Embrace Watch and the Inspyre App.  This blog will detail the pros and cons between the two options and the reason why the Inspyre App was chosen.

The Embrace watch is a seizure alert system and used as a wrist-worn smartwatch for children and adults. This watch detects convulsive seizures (aka generalised tonic-clonic seizures) which are a result of epilepsy; however, it does not detect complex partial seizures or absence seizures. The Embrace program has built-in detectors such as the EDA sensor which measures sympathetic nervous system activity, the Gyroscope measures rotational speed, 3-Axis accelerometer which has high sensitivity motion detection and the peripheral temperature sensor that measures skin temperature. These detectors measure fluctuations within the skin (such as amount of sweat or temperature) as the result of alterations occurring in the brain when you have a convulsive seizure. It also has applications such as an event detector and a dairy application

The Inspyre App is a program that can be installed in an AppleTM or SamsungTM smartwatch.  It detects abnormal repetitive shaking motions and sends an alert out within seconds. Therefore, it is not specifically designed to detect seizures. The app also has the ability to allow the user to cancel false alerts and has an emergency button for the user to contact family or caregivers manually if need be. It has a function that allows the user to set medication or appointment reminders.

Despite it being more expensive, we chose the Inspyre App because for our client who wishes to be discharged home as soon as possible, the process of acquiring a smart watch and the app was more predictable and efficient than the Embrace Watch.  The watch can also be warranted locally.

Whether you decide to use a seizure monitoring device, remember that a seizure device doesn’t replace the need for medications and to avoid seizure triggers. My Rehab Team has therapists who are able to assist you with choosing appropriate assistive technology and implementing applicable measures for seizure management.